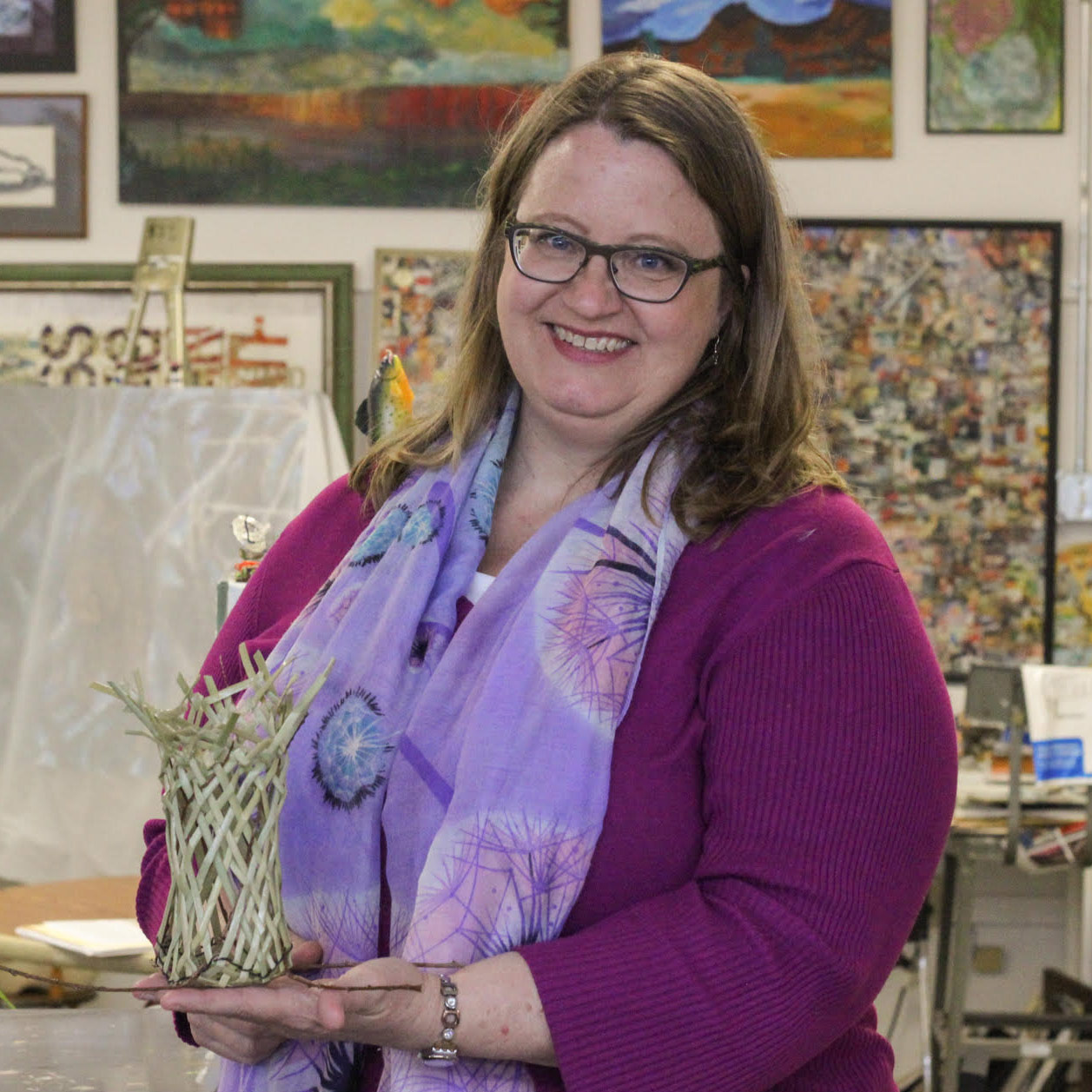 Posted at 16:21h in Featured, News, Spotlight by planetclaire
0 Likes 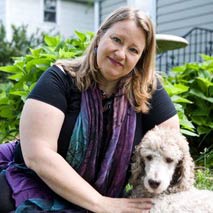 Martha and her dog Prince.

Vail Place Clubhouse member Martha Bird never dreamed that her recovery would not only revive an old hobby, but lead her into a new vocation as a nationally recognized artist and craftswoman.

Martha’s recent accomplishments include curating and exhibiting at Water’s Edge, a new art show at the University of Minnesota’s Landscape Arboretum. The show opened April 9th and features 15 artists from a collective supported by Spectrum ArtWorks. The show includes works by Martha and four of her fellow Vail Place members.

To understand the remarkable nature of Martha’s story, it’s important to learn more about her life prior to becoming a member of the Minneapolis Clubhouse. Martha arrived in the Twin Cities in the mid-1990’s from Michigan, where she had lived for two years after being retired from her full-time job as a nurse in Massachusetts due to a major injury. During her physical recovery in Michigan Martha became fascinated with the art of basketweaving. She quickly dove into this unique form of “functional art,” taking multiple classes and even joining the Association of Michigan Basketmakers.

After arriving in Minnesota, she continued to hone her skill, working in a studio and joining the Minnesota Basket Weaver’s Guild. Nearly a decade ago, however, Martha’s creative endeavors were cut short and she left the field of basketweaving for nine years. At the time, Martha’s mental health issues, including depression and PTSD, left her feeling a sense of despair.

“My daily struggles with PTSD made it really challenging to manage my life,” says Martha. Although her basket weaving had become part of her healing journey, there was a part of it that was actually hurting her as well. “It’s really common to hear jokes about people being a ‘basket case,’ and it’s even more common to hear those jokes when you’re a basket weaver,” says Martha. “At first I laughed along with people, but eventually I realized the impact those comments had on me. They were demeaning and hurtful.”  The stigma Martha felt from her mental illness was intensified by the association between these jokes and her art. Eventually, she stopped creating her baskets altogether.

Two years ago, however, Martha found Vail Place. As part of her recovery, she joined the Vail Theater Arts Program. In this Program, professionals from St. Paul’s History Theatre mentor Vail Place members during 15-week workshops. Members tell their stories through a combination of narrative, movement and song, and some members present their work in a public performance. The experience with History Theatre was the first time Martha had written about her own experiences with mental illness. This reintroduction to the creative experience opened the door once again for Martha to express herself through art. Eventually, this experience and other elements in her life led her back to her first love, basket weaving. 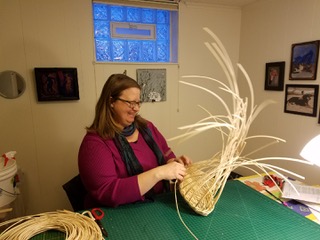 Martha creating one of her pieces.

In August of 2016, Martha showed her baskets for the first time in nine years. Since then, the reaction to her art has created what can only be described as an explosion of opportunity for her. Besides curating the show at the Arboretum, where several of her baskets are on display in the Café and the gift shop, Martha has been commissioned to write a series of articles for the Association of Michigan Basketmakers magazine. The National Basketry Organization magazine has also expressed interest in having her write for them. In June, she’ll be traveling to Ireland to study willow basketry.  Recently,  Martha was notified she received two full scholarships. The first is from Peters Valley School of Craft to study further with willow in an immersive five-day experience.  The second is a seven-day immersive with willow bark at the John C. Campbell Folk School. Martha is excited for all that is opening up for her!

Watch this video to learn more about Martha, Water’s Edge and Spectrum ArtWorks.