Posted at 21:07h in News, Spotlight by planetclaire
0 Likes 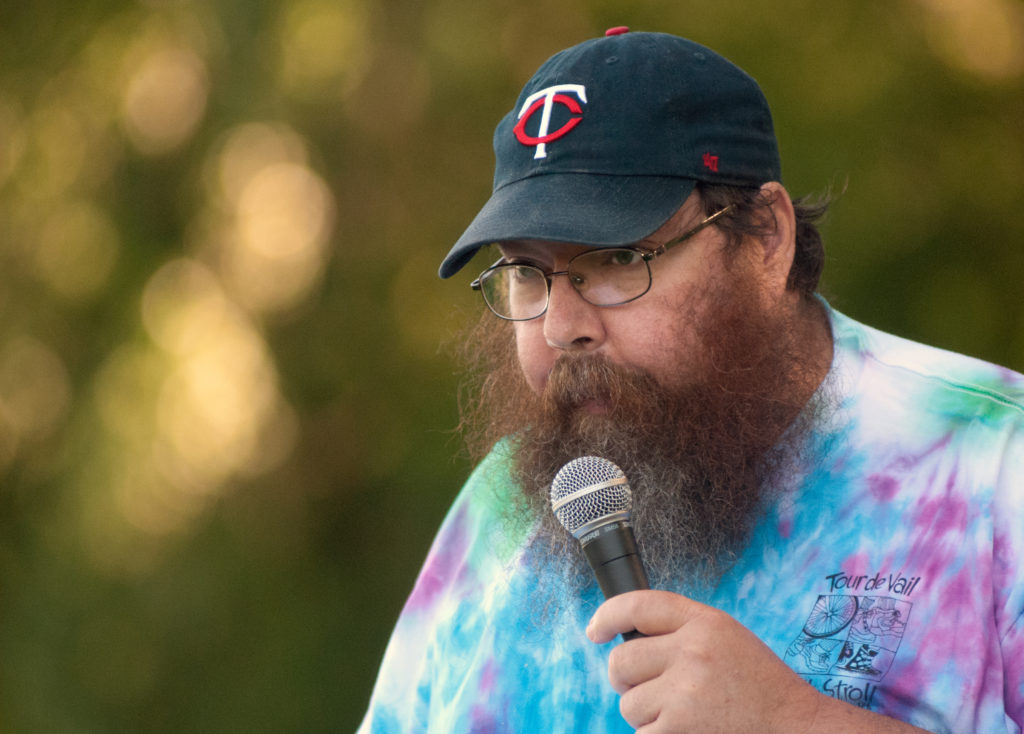 Vail Place member Richard Whitman experienced what’s called a “late onset psychiatric break” at age 46.  After a very difficult period and about six months of homelessness, he got help from a treatment program at the VA.

Richard will never forget the day VA physician Dr. Irene Harris showed a clip about the Clubhouse program. Knowing that he needed a place to go after his day program was completed, Richard’s dad and stepmom helped him arrange a tour of Vail Place. In December of 2006, Richard attended orientation and has been a member ever since.

“I knew I needed something to do and a place to go, or things would start slipping backwards again,” says Richard. “Almost ten years ago Carrie Framsted did my intake for Vail Place and I became a member. At first, I mainly sat in the Clubhouse and talked to other members. As I started feeling more comfortable, I began to join in on the social activities, playing on the softball team, going bowling, and other things like that.”  Richard said it took a year or two before he started working within the Clubhouse. His work began, like so many other members, with running the snack bar and answering phones.

Today, Richard is highly involved in both work and social activities at Vail Place. While he frequents both the Minneapolis and Hopkins Clubhouses 3-4 times a week (he is a Hopkins resident), Richard mainly works in the business department of the Minneapolis Clubhouse. His tasks vary from running the bank, to data entry, and even writing articles for the newsletter. He also helps with orientation of new members.

“Vail Place helped restore my self-confidence, and especially my confidence in my abilities,” Richard says. “Without the Clubhouse I wouldn’t have the type of recovery I’ve experienced, or the large number of friends I’ve met through this program. Listening to other people’s stories is so helpful for all of us with a persistent and debilitating mental illness.”

Speaking of member stories, another activity Richard has participated in for the past two years is the annual Dr. Vail Hour. In this year’s program, Recovery Superheroes, he plays the main character in this unique, funny, and entirely new and captivating production.

Richard is currently working hard at rehearsals for Recovery Superheroes, an event he feels really helps spread the word about not only the need for more mental health recovery, but the power of recovery through the Clubhouse model. “Vail Place is a great place,” he says. “I wish there were more Clubhouses in Minnesota, in the United States, and around the world for that matter.”