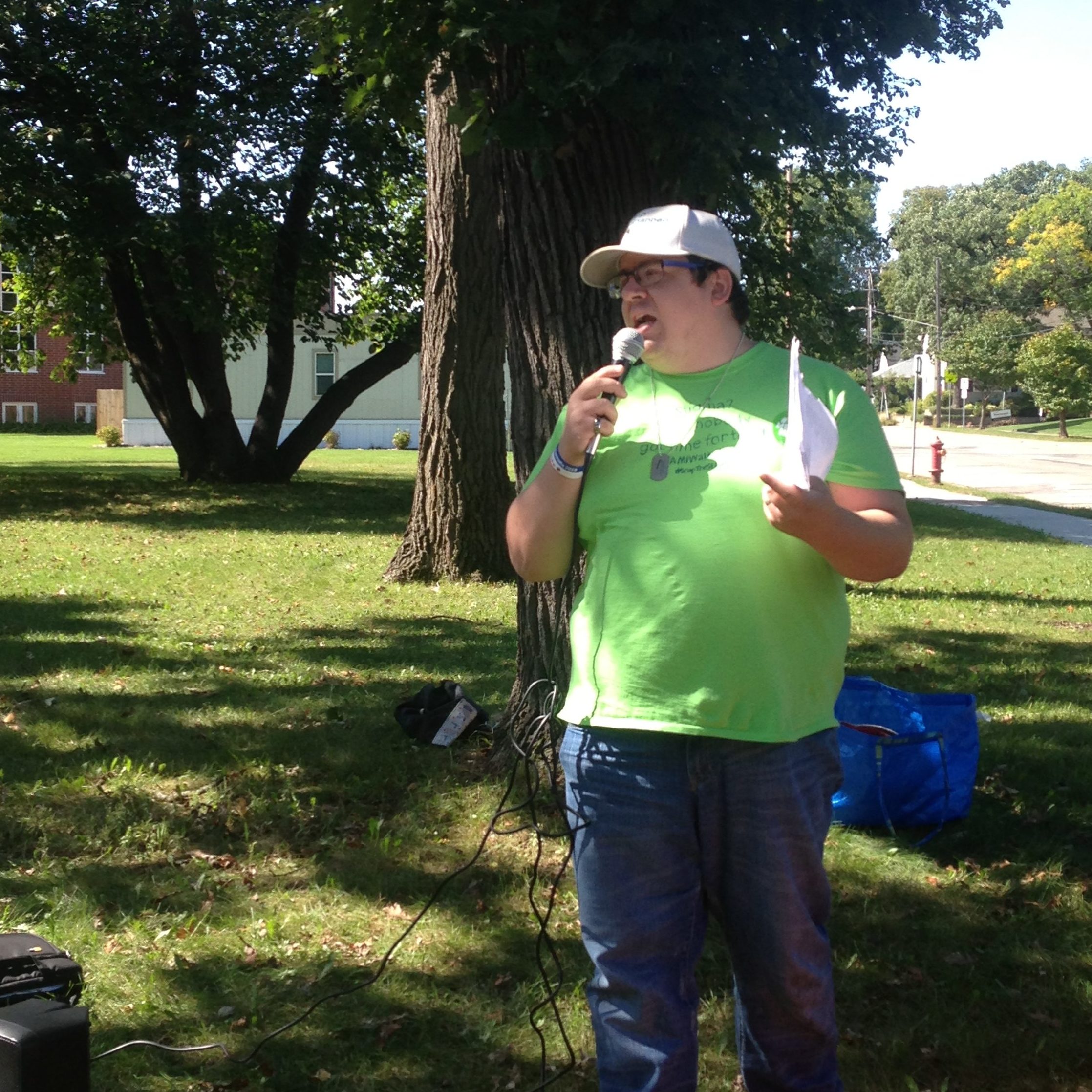 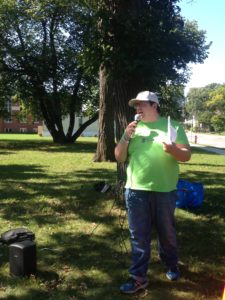 Danny Evans admits he was reluctant about joining the Hopkins Clubhouse. However, since becoming a member in April 2017, his life has been transformed in many ways.

Danny, who has bipolar disorder, first learned about the Clubhouse from his wife, Rachel.

“She was attending a NAMI class and that’s where she learned about Vail Place,” he says. “She came home and said, ‘Danny, I think you need to try this out.’”

Although he initially told her “I don’t need this,” Danny decided to go back and discovered his mind was changed. He claims that becoming a member of the Clubhouse was really a turning point.

“Before I started coming to Vail Place, my life was a wreck. I was really angry and my symptoms from having bipolar disorder were really bad,” Danny says. “Now it’s a lot better due to Vail and other aspects of my recovery, particularly my faith. My anger is under control. In fact, it’s pretty darn close to perfect.”

A Return to an Important Role

In his early days as a member, Danny spent a good deal of time at the Clubhouse. He also participated in a TE (Transitional Employment) opportunity at Kowalski’s Market. According to Danny, the work experience was challenging but it made a difference when it came to regaining his confidence.

“It was hard, but it really got me back into the working world and helped me feel better about myself,” he says.

For Danny, returning to his original career was important; due to a mental health breakdown in 2014, he had to leave his job as a chemical dependency technician. In subsequent years, he had 10 different jobs. His self-esteem and confidence suffered during that period, and although he continued to see his therapist and psychiatrist, Danny was struggling emotionally.

Through hard work, and with Rachel’s support, Danny was able to return to his role as a chemical dependency technician and has been working full-time at a treatment center for just over a year.

With his new schedule, Danny is only able to visit the Clubhouse a couple of times each week – when he’s there, he always volunteers for tasks such as cleaning, answering phones and editing the newsletter.

Danny also has a creative side; he began writing poetry in high school and college. In recent years, he’s taken that talent for words to another level – as a rapper.

“At first, I didn’t like rap at all because of its negative connotations. But then I started mentoring a guy at Teen Challenge who introduced me to Christian rap,” says Danny, adding that the two of them began to write rap songs together.

After his mental health breakdown, Danny was unable to volunteer at Teen Challenge, but he kept writing and performing his music, which he refers to as “Gift Rap Poetry.”

Danny calls his music “Christian recovery rap” as it combines his own personal story with stories of hope and inspiration about how faith and God can help with mental illnesses.

So far, Danny has recorded two CDs; all the proceeds from their sale and the donations he receives at his performances go to Vail Place.

Danny says faith is “an important part” of his recovery and he has integrated his faith into his recovery process, along with other types of self-care such as therapy, visits with his psychiatrist, and spending time at Vail Place.

“Never give up. You’re not alone. You’ll come to recognize that at Vail Place, there’s an incredible sense of community,” he says. “If you’re struggling with something, I guarantee there is someone at Vail Place who has had to deal with that, too.”

The community at Vail Place remains very important to him. “It’s a community of total honesty and trust—just incredible,” Danny says, adding he also met his two closest friends, Derek and Kevin, at the Clubhouse.

“Vail Place has been a huge blessing in my life,” he adds.

“I Am Not My Disease”

I am not a beholder
of the label of bipolar.
I am not OCD,
for I OverCome Disease.
Let me show you
that I’m not a schizo.
I am not dressed
to be depressed.
I am not an addict,
for my past is in the attic.
I am not my disease,

for I am free.