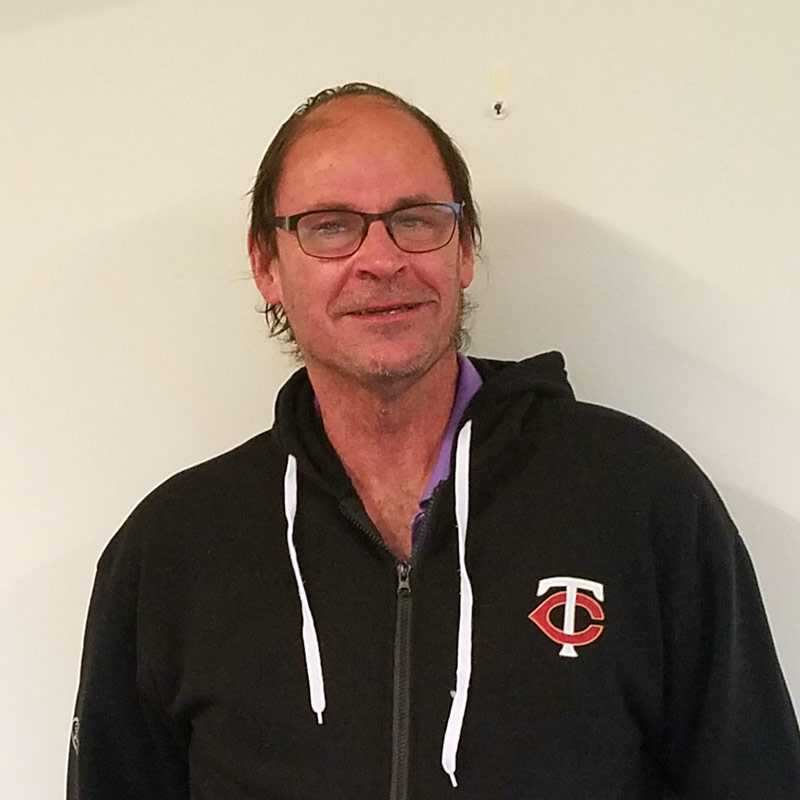 A complete transformation at Vail Place

If you knew Jim six years ago, before he started coming to Vail Place, you probably wouldn’t recognize him today. Jim was a self-described loner and introvert. He didn’t like being around people and preferred alone time to any social activity. With his shy disposition, a community environment like Vail Place was the last place he wanted to be, but his ex-wife, who was a longtime member, pushed him to go. He recalls his discomfort, “Initially, I really didn’t want to be here.”

However, as Jim kept returning for visits, he started talking to other members, some of whom shared his diagnosis. The more people het met, the more he felt himself opening up. He began realizing how much he actually enjoyed talking to people. He commented, “Even though we have different diagnoses, we’re all the same.” He also found the staff to be especially caring and was impressed by the Clubhouse’s welcoming atmosphere. “There’s no stigma here,” he said.

Those no-judgment conversations soon developed into friendships with a level of understanding he hadn’t expected from others. He shared more of himself and felt more connected, as part of a community. He says that now, the people at Vail Place are like family and he gets along with pretty much everyone. “Even though we have problems, we’re a family, and just like a family, we fuss and fight. But at the end of the day, we love each other,” he said.

Jim wasn’t employed when he started coming to Vail Place. That changed quickly, however, as the staff supported him in finding a position. His job gave him a purpose that he hadn’t realized he was missing. This newfound satisfaction ignited a passion within him: he wanted to help others. He felt everyone should have a chance to experience the fulfillment he had found.

Before long, Jim became involved with Vail Place’s employment program. In his role, he is responsible for contacting businesses and sharing information with them to set up Transitional  Employment sites and Supportive Employment sites. His enthusiasm for the program has earned him the nickname ‘Mr. Employment.’ He commented, “I’m passionate about it because I see how employment has helped me.”

A new outlook on life

Jim is a different person today than the shy, introverted man he once was. “Anybody that knows me can see I’ve come out of my shell,” he said. He’s involved in anything he can be part of. In addition to his responsibilities with Vail Place’s employment program, he is also a member of the Advisory Council and the Speaker’s Bureau. He particularly enjoys greeting people and giving tours of the facility. He added, “Now I like being around people. I love speaking. I’m a new person!”

Vail Place has given Jim a comfortable, supportive place to realize a completely new, outgoing side of his personality. After coming to the Clubhouse for almost six years, he loves telling people about how it has changed his life. He describes Vail Place like this: “It’s an amazing community of members living with serious and persistent mental illness. Vail Place offers support to help you with education, employment and housing. Everybody understands each other, and there’s no stigma. It could change your life if you give it a chance and get involved.”