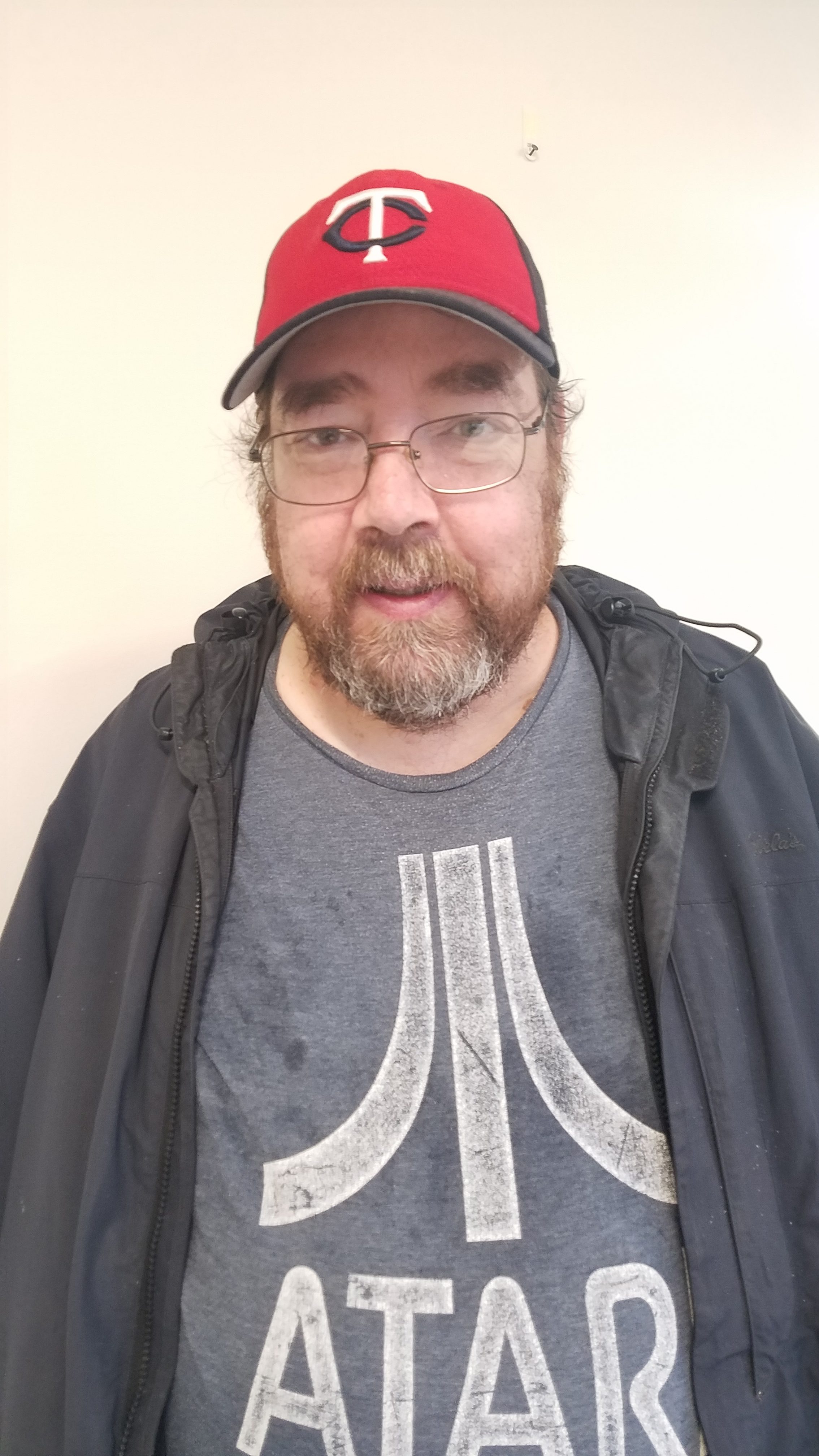 When you take a tour of Vail Place, you might just be guided by a man named Richard. Richard is a veteran who served in the Army for four years in the early 1980s. He was a support person with the Special Forces and was a paratrooper with 25 jumps as well. For the last 15 months of his service, he was stationed in Germany, and after leaving the Army, he spent some time touring Europe. A few decades later, however, Richard found himself struggling with homelessness, mental illness and financial problems.

After a very difficult time in his life, Richard reunited with his family in Minnesota, and they helped get him started in a treatment program at the V.A. hospital there, which was the beginning of his recovery. He commented, “I was still kind of messed up. I wasn’t thinking right.” While in treatment at the hospital, he remembers watching a video that included an image of Vail Place’s Minneapolis Clubhouse. He knew he needed a place to go after daytime treatment, and he thought the Clubhouse could be a good fit. Richard’s father and stepmother arranged a tour for him, and he became a member of the Uptown Club in December of 2006. Though he didn’t realize it then, Vail Place would become a huge part of his life.

At first, Richard started coming to the Clubhouse to hang out. It simply gave him a place to go. Soon, he began participating in some of the social recreation activities offered, like softball and bowling. He enjoyed being more active there, and he discovered that he liked the meals most days too. Before long, he found himself wanting to get involved in the work-ordered day. His involvement ranged from activities like cooking and doing dishes to giving tours and delivering presentations as part of the Speakers Bureau.

Richard has been involved with the Speakers Bureau a few different times and is currently an active member. In his role, he travels to different locations to speak about Vail Place and what it has to offer. He enjoys the opportunity the Speakers Bureau gives him to reach out to the larger community, not only to let people know about Vail Place but also to inform others about mental health in general. A few of his main messages to others are: “Recovery is possible” and “Vail Place is a great community to belong to.”

More than a place to hang out

Richard now plays a significant role in the Vail Place community. Most of Richard’s friends are at Vail Place, and when it comes to Clubhouse members, he sees himself like a diplomat. A year and a half ago, he became a Vail Place board member as well. Richard attends the bi-monthly meetings and serves on the Clubhouse Committee and the Tour de Vail Committee, which organizes the annual summer fundraiser. He enjoys the responsibilities of being part of those committees and feels like he’s been able to make an impact in the direction of Vail Place.

Vail Place has not only helped Richard become socially active but also helped him find a place to live. Before coming to the Clubhouse many years ago, he did not have a rental history in the state due to moving and living with others. Despite this, Vail Place was able to help Richard get an apartment at Hopkins Park Plaza. He lived there for two years before moving to another building, which is where he still resides. After experiencing the difficulties of homelessness, he is grateful for the support Vail Place gave him in finding a place to call his own.

Richard’s life has positively changed in many ways since his initial tour in 2006. He has achieved great personal growth and stability. He commented, “I’m more responsive. I have goals, dreams, and ambitions that I set for myself, and I try to accomplish them.” He aims to continue expanding his skills in computer programming and painting and wants to learn to fly fish as well. For Richard, Vail Place had everything he needed to help him recover. He added, “It’s my home away from home, my support.” He hopes that Vail Place is able to continue their successful example of what “an evidence-based practice for mental health should be.”