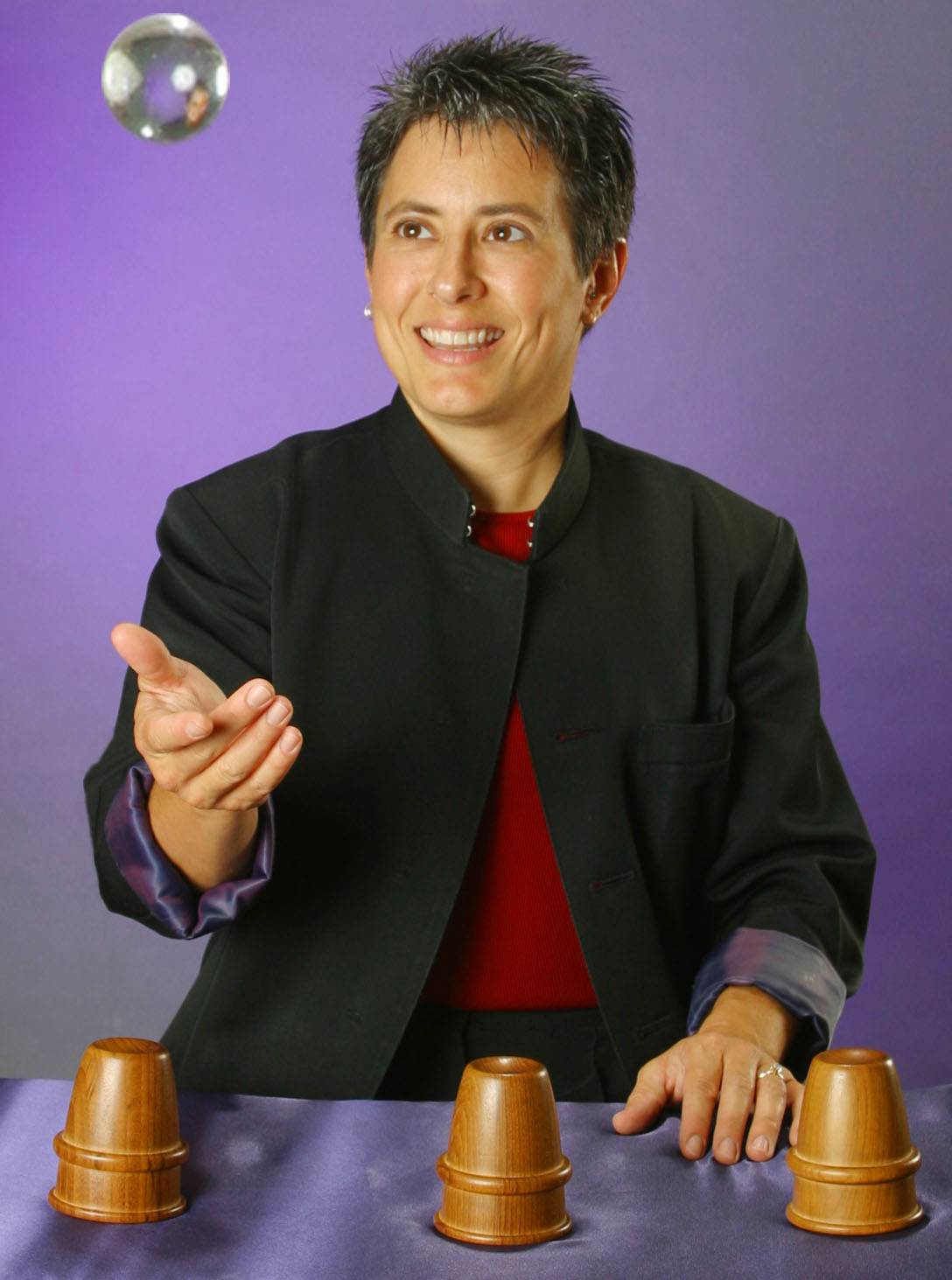 Posted at 16:19h in News
0 Likes
Suzanne’s successful career as a magician is no illusion After starting her career as a computer programmer, a performing artist known professionally as Suzanne the Magician, transformed her life…with magic. Suzanne recently celebrated 33 years as a professional magician, and now says she realizes that “if there is a destiny, I was destined to do this.” It was puzzles and not magic tricks, which first attracted Suzanne’s attention. “I always loved solving puzzles when I was a kid. I’d get those Mensa books and spend time trying to figure out the puzzles,” she said. In college, Suzanne was drawn to computer programming (“That’s a puzzle, too, isn’t it?”) but in the mid-1980s, she took an informal magic class for a few months from a local magician. In 1985, her then-boyfriend (now husband) was playing in a band on the weekends, so Suzanne started working magic gigs at two Ground Round restaurants in the Twin Cities. “I would perform for four hours on Friday night at one location, and four hours on Saturday night at the other,” she said. “Eight hours a week of practice for a magician is a lot, especially for someone just starting out.” Still working as a computer programmer, Suzanne expanded her schedule to include regular appearances at the American Café, now The Metropolitan. In just a matter of a couple of years, she was in high demand with corporate clients and had accumulated enough regular gigs to quit her day job and do magic fulltime. Brush with Fame
Read More