CJ, A Really Interesting Guy and One of a Kind 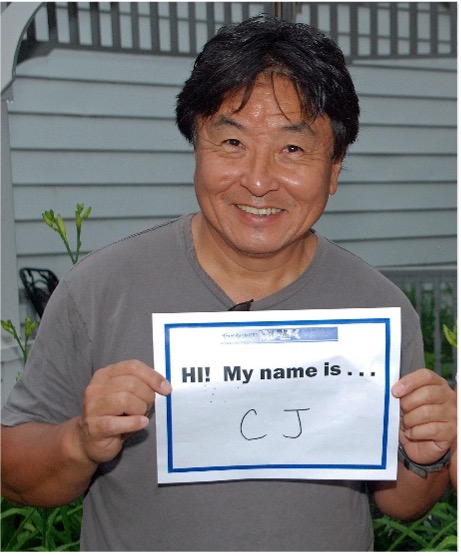 23 Mar CJ, A Really Interesting Guy and One of a Kind

Posted at 14:53h in Information by admin
0 Likes

Recollections of Vail Place’s past with insights for our future

Anytime you enter a conversation with CJ – as Shige Miura is known to most – you embark on a journey.  A journey that might take you through distant lands, exotic cultures, obscure philosophies, and the intricate causalities he finds that link them to the common, the everyday, the essentials of our lives.

CJ has really broad interests.  Really broad!  He credits “the person to person journey being in the clubhouse, where we learn from each other” to expanding those interests. “I’ve been exposed to writing, music and so many things that have made me more interested in just about every area of human activity.”   CJ’s journey over the past few decades is revealing of Vail Place’s journey during that time.

In 1991, when CJ stepped into Vail Place’s Uptown Clubhouse for a job interview, he was greeted by Carol.  She was warm, bright, and engaging.  CJ thought he was talking to the director of the place.  He was surprised, but immediately drawn in, when he found out Carol was a clubhouse member.

CJ had heard about Vail Place and how innovative it was with its foundation in the Clubhouse Model where working side by side with members was a core principle.  He sensed this was a great fit for his own core beliefs – based on aspects of Buddhist ideology – of compassion, shared experience, and growing together.

“Camaraderie, advancing social-recreational activities in recovery, and ‘my wish to be the floor of Vail Place for our members to walk on to discover their own path’ – some of the reasons keeping CJ at Vail Place.”

CJ accepted a job offer for a part-time position, with the caveat that he’d commit for two years.  He’s been a full-time part of Vail for 30 years!  Camaraderie, advancing social-recreational activities in recovery, and “my wish to be the floor of Vail Place for our members to walk on to discover their own path” – some of the reasons keeping CJ at Vail Place.

CJ has experienced and contributed to a lot of milestones in the development of the small agency he joined 30 years ago. He points to the 12th International Clubhouse Conference that Vail Place hosted in 2003 “as a monumental shift for Vail Place. I think the 12IS lifted us to the next plateau in our field.”  Undeniably, it brought greater awareness and recognition of the exemplary work Vail Place was doing in our community.

One of the more dramatic times CJ recalls from earlier in Vail’s history was in 1997 when frozen pipes burst at the Uptown Clubhouse resulting in knee-high water and extensive property damage.  CJ was on vacation in Central America – he’s a world traveler, but more about that later.  When he returned, Paul Sinclair, Executive Director at the time, said to him, “CJ, maybe you don’t have to come back.”  For a moment, CJ thought he was being fired.  Instead …

As it turned out, a ravaged building wasn’t going to keep Vail Place from fulfilling its commitment and responsibility to the people it served.  Hardly missing a beat, all operations moved a few blocks away to St. Mary’s Greek Orthodox Church – which generously donated space – during the six-months needed for renovations.  CJ recalls that time with pride as an example of the dedication of staff and members and of Vail’s incredible capacity to pull through … no matter what.

CJ has experienced a lot of “no matter whats” – typically challenges turned into opportunities – with Vail in the years that followed.  Throughout, his belief in Vail and his connection to the members he works so closely with has grown deeper and stronger.  And they’ve helped him realize the aim of the journey he’d embarked on decades ago when he left Japan for worldwide travels – covering 48 countries – that brought him to the U.S. in 1986.

CJ’s father was a well-known professor in Japan, where “following in your father’s footsteps is a ‘heavy’ tradition.”  CJ found purpose when he got involved in social activism – a prominent part of Japanese culture – in high school.  But he “lost a target” in college, became restless, and felt he needed a different purpose in life.  He was drawn to psychology and mental health – and to the U.S. as a great place that allowed you “to stick to your guns and follow your goals.”

His early days in the U.S. included a stay in Sacramento, California, pursuing a post-graduate degree.

CJ moved to Minnesota, to the U of M, Duluth, to continue his studies.  Working toward a master’s degree “was not for me,” he quickly realized.  He came to the Twins Cities with a desire to “work on the front lines,” in direct service.  He held a job at Jewish Vocational Services when fate, karma, chance, or whatever synergy, guided him to Vail Place.

Despite CJ’s preference “to be in the background,” he’s happy to speak publicly when he can support and highlight Vail’s enduring commitment to excellence, which is rooted in values that align profoundly with his own – including the sense of community and side-by-side work that gets him up in the morning and motivate him throughout each day.

CJ has worked with members in many areas in the clubhouse.  But his strong belief in the importance of social programs for recovery, and ways to integrate them into the Clubhouse’s daily Work-Ordered-Day operations, is a passion he returns to again and again as he recalls his time at Vail. 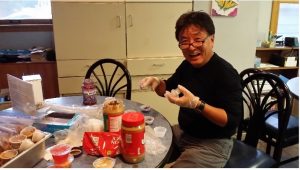 CJ pinpoints when he feels social programs and activities took a huge leap forward.  It was a substantial grant, that included renovation of the Clubhouse and funding of social programming, “that allowed us to do a ton of social things.  We had been doing more bingo and checkers when we started. Then we added things like cooking lessons and crafts, and look where we are now – we go to the Guthrie and other performances, on trips, we have the History Theatre program, and so much more.”

There’s usually “soooo much more” when you talk with CJ.  It would take an essay – maybe a short story, maybe a novel – to capture the thought-provoking, entertaining, and even sometimes controversial places he will lead you.  For now, we’ll conclude with a very prominent part of his recollections that revolves around our current Executive Director, Vicky Couillard.

“Vicky is an amazing visionary.  She recognized that funding is a huge issue and we need more sources.  Our way of doing fundraising is better now – and involves members more.  Vicky was right in recommitting to the Clubhouse Model and making sure both Clubhouses were certified.  Vicky is the reason Vail has grown much bigger.”

If you have the opportunity for a conversation with CJ, grab it – and hang on tight!  And make sure you’ve got some time.  It may take a while