Behind the Scenes at The Dr. Vail Hour 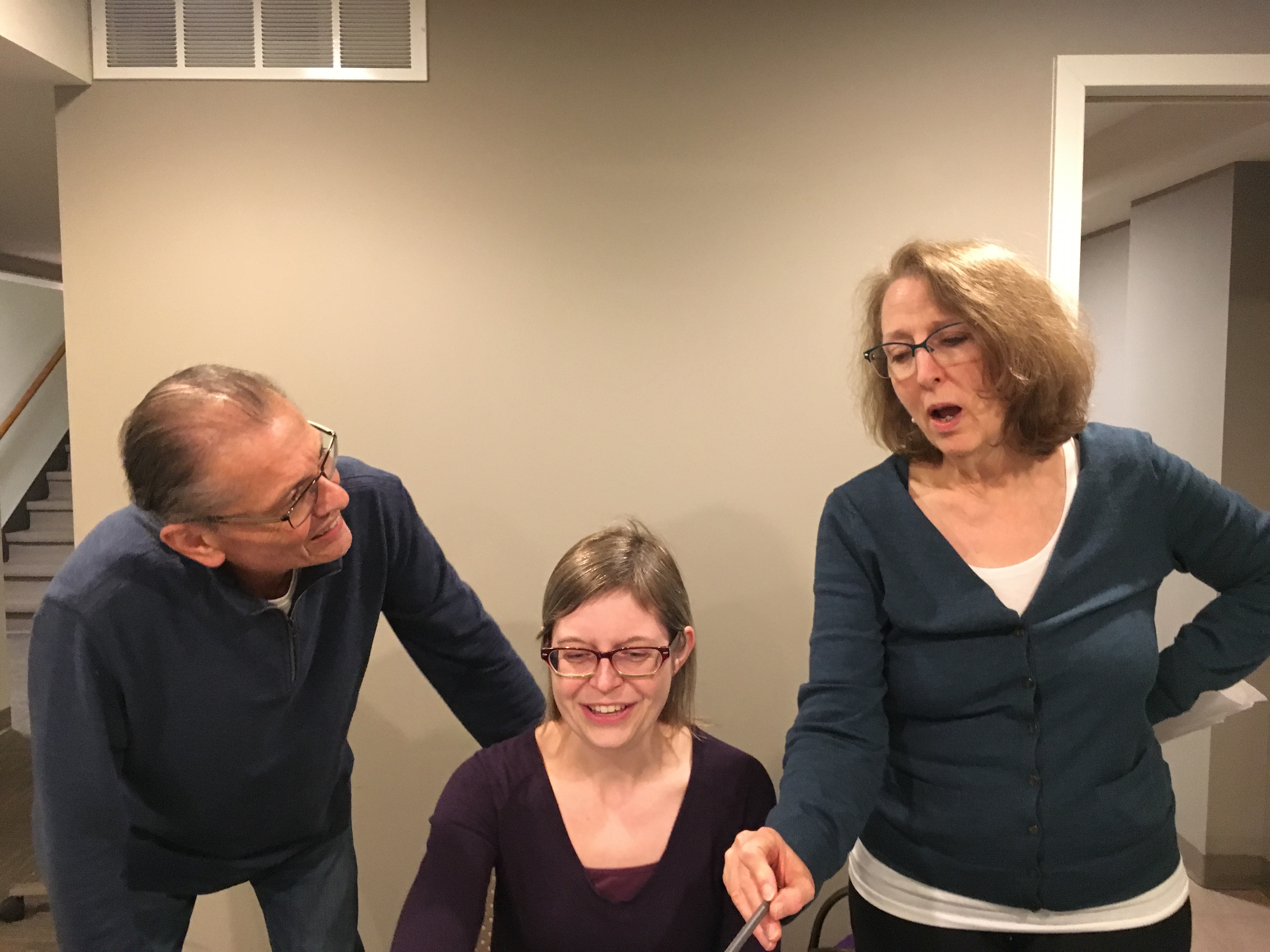 11 Oct Behind the Scenes at The Dr. Vail Hour

What you probably don’t know, however, is how it all got started and how it comes to life anew each year. Read on to learn about the duo who help make The Dr. Vail Hour so special with countless hours of work behind the scenes.

Meet Stefano LoVerso and Mary Irey, the talented team that write and direct The Dr. Vail Hour each year. Both have decades of experience in theater and in fact met in an acting class in New York, where they worked as theater professionals for more than a decade.

You may know Stefano in his current role as Vail’s Development Director, but he also had a long professional career, including Off-Broadway Theater, and soap opera appearances on Guiding Light and As the World Turns, and recurring roles on All My Children and Ryan’s Hope.

During those years Mary was also an accomplished actor whose comedic, singing and dancing talents earned her roles in Off-Broadway and regional theater, including several Shakespeare productions. Mary also had the honor of performing at the White House for Presidents Carter and Reagan as a member of the Ford’s Theatre A Christmas Carol cast.

After taking on the roles of wife and husband in 1981, Mary and Stefano collaborated professionally more and more frequently, eventually founding a theater company in Utah. They co-artistic directed and co-wrote new work, including a play titled A Christmas Carol … more or less, which has been performed around the country and in London.

Not long after settling in the Twin Cities in 1998, Mary and Stefano served as Artistic Directors for a season at the Minnesota Festival Theatre in Albert Lea.  But both soon pursued career changes, which brought Stefano to work at Vail where he’s been for the past 19 years. In 2001, Stefano and Mary tapped their professional theater connections to help develop a new annual performance-based fundraiser for Vail called Bravo for Vail Place.  Although the event was quite popular, the development team at Vail, led by current Executive Director, Vicky Couillard, decided to look for, and found, an approach that would also engage and include members in telling the stories behind Vail.  The Dr. Vail Hour was born!

The event was creatively themed every year and very successful.  Nonetheless, a conversation during a post-event celebration of the 2012 Dr. Vail Hour, spurred by the desire to innovate and maintain a unique presence in nonprofit fundraising, sparked the idea of transforming the stories of members and Vail into a theater piece – a mini-play.  The result was The Road to Recovery in 2013, the first of many “theatrical” Dr. Vail Hours, each one an entirely new show, written and directed by Mary and Stefano.

The couple’s creative process for The Dr. Vail Hour involves months of preparation and countless hours of volunteered time – usually evenings and weekends.  The process begins each year with discussions with Vicky to determine the primary message and theme.  Then, based on interviews Stefano does with the cast, Mary and Stefano brainstorm script ideas.  Stefano writes a first draft.  Mary edits.  Vicky reviews and provides feedback.  Finally, the script is shared with the cast, who provide ongoing feedback and help refine the script throughout the rehearsal process.

Always eager to come up with something fresh and new, Stefano and Mary accepted the challenge – though they don’t remember who made it – of writing a musical for the 2019 Dr. Vail Hour. Mary – the musical talent of the couple – has written an original musical score which includes incidental music throughout.  “One of the reasons why doing a play is important is that you reach people through their emotions,” says Mary. “They walk away knowing something because they felt it. Music does something that speaking cannot do. It adds another layer.” Stefano adds that “Music will take the audience to another place, adding subtlety, nuance and new layers.”

With the added complexity of a musical, work for this year’s Dr. Vail Hour began way back in January. Mary and Stefano are not the only ones striving to deliver what promises to be the most engaging Dr. Vail Hour to date – intermittent rehearsals have been spread out over the past couple months to give the show’s ensemble of eight members and staff enough time to learn songs and dances while maintaining their own busy schedules.

The focus of The Dr. Vail Hour 2019 is on partnerships and the innovative work Vail is doing based on those partnerships. That concept is highlighted by weaving actual square dancing into the performance.  You’ll find it hard to resist tapping and clapping to the dosey-doe flair!

“We’ve never highlighted quite like this the community partnerships that are working to help people with mental health issues. I’m so proud to be a part of it!” Mary says. “This is really important, now more than ever.” Stefano shared his excitement for this year’s production, saying, “Our audiences have never seen anything like this. The message is different and the delivery of the message is different. This is the best Dr. Vail Hour script Mary and I have worked on.  We have a fabulous cast, and I want to give a shout out to our wonderful Musical Director, Jenny Larson, a local teacher and musician.  It’s a great collaboration!”

Everyone at Vail Place, along with Stefano and Mary, invite you to join us for the unforgettable musical Many Voices One Song! There are two opportunities to see The Dr. Vail Hour on Wednesday, October 23rd – breakfast from 8:00-9:00 AM or lunch from 12:00-1:00 PM at the Metropolitan Ballroom. The show is free to attend. Learn more here.